On April 6 Integrity Volleyball Club was sold to a new owner/director that will be keeping the name, coaches and same great programs in place with a new location.

The new Director/Owner of  Integrity Volleyball Club will be Rafael Lopez and his wife Isabel who have desired to have their own club for years. Rafael is well known in North Texas Volleyball as a High School and Club Coach. The founding owner/directors will be assisting Rafael in the transition and feel the Club will be in good hands. A new location in the North East Tarrant County area to be announced soon.

For May and June activities we have secured use of Meadow Creek Baptist Church, the primary location for Integrity Volleyball for over 8 years as transitioning to a new location will take a few months.

If you have any questions please refer to the FAQ’s provided.

FAQ for New Ownership of Integrity

When will this happen?

End of the season, but the new director will be on board beginning in April during the transition period.

Who will be the owner/ new directors?
Rafael Lopez and his wife Isabel Domenech. You will be excited to work with them. Here is the bio info about Rafael and his family. 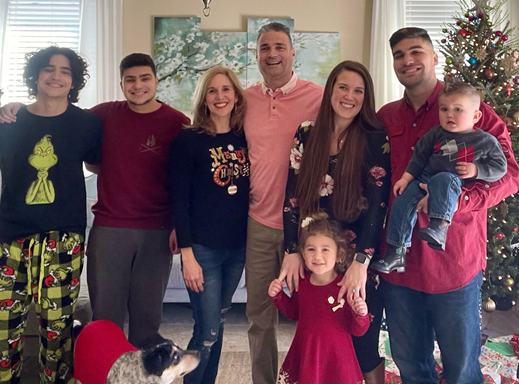 Rafael López has been coaching for Tejas Volleyball club for the past 13 years. He has coached every age group and has qualified his teams for Nationals for the past 10 years. He is entering his 5th year as the head volleyball coach at Boswell High School and has a record of 127-88 with two Area Championships and a Regional Semi Final appearance. Before becoming the head coach, he served as the varsity assistant coach from 2013 until 2017 where he collaborated in building a 143-30 record over four seasons. In 2017, his first year as head coach, López lead the Lady Pioneers to a playoff run that included a District Championship, Area Championship and a Regional Semi-final appearance.

López brings 30 years of coaching experience that includes six years combined experience as the head volleyball coach at two 5A high schools; Ranchview in Irving and Bryan Adams in Dallas. López’s coaching career began in 1991 at the Borinquen Volleyball Club in Puerto Rico. From 2003-2005, he worked for the American Military Academy as the head varsity volleyball coach for both the girls and boys programs. While in Puerto Rico, he opened and ran his own volleyball club, “Escuela De Desarrollo Deportivo”, from 2004-2006. The following year, López helped run the summer volleyball programs for the University of Kentucky and the University of Arkansas until 2012. Coach López was a multi-sport athlete throughout high school and played semi-pro volleyball for the Guaynabo team in Puerto Rico. Additionally, he participated in the beach pro circuit in Puerto Rico for two years. Lopez earned his Bachelor’s of Science in Psychology from the University of Phoenix.

He is Gold Medal Squared certified, FIVA level one CAP level 2. He is currently in the process of completing his Masters in Coaching and Sports Administration from Concordia University. Rafael and his wife, Isabel, have been married for 26 years. Together, they have three sons; Ignacio Rafael and Gabriel. Ignacio and his wife Kay have two children, NoraRae and Issac.

Where will Integrity be located since the lease at our current location is up?

Rafael has secured a short term lease for May and June at Meadowcreek Baptist Church to handle the summer programs/transition. This was the home of Integrity for 9 years prior to moving to NTEC.

How far away will the temporary facility be?

Meadowcreek Baptist is located 3 miles away from current location in Euless.

What are the plans for a permanent location?

There are several options that the new owner is considering in the Northeast Tarrant county.

What is the plan for direction of Integrity?

To continue the vision that has been established for the past 11 years in 1 large facility to house all teams.

Will the current coaches remain at Integrity?

The new director wants to keep the current slate of coaches. He will be meeting with them as well as the founding directors to determine assignments for next year.

What about summer activities?

Yes, there will be summer activities. The schedule will be out in the next couple of weeks. The desire of the new director is to keep everything the same as before. May - Academy, Academy Intense, Academy Plus.  June- Intense clinics begin May 31. Skills clinics begin. Academy and Academy Intense will continue. July- All programs from June will continue, Tryouts , Signing date.

When will my daughter be invited to Academy Intense?

The Academy coaches have been and will continue to evaluate participants for the Academy Intense program. Invites will go out in the middle of April. The evaluation is ongoing so others will be added as they are ready.

Why are the current directors leaving?

Life and work changes have prompted the change for personal reasons.  As these changes have been occurring, the Hills and Koontzs have been considering options. The COVID environment and the sale of the building also caused reevaluation of long term options and the commitment that would be required. There have been numerous offers to buy Integrity through the years, but it was not considered until we found the right situation and like minded director. The founding directors are genuinely excited as to where Rafael and Isabel will take the club next!

Will the prices increase next year?

That will be at the discretion of the director and will be announced closer to tryouts.